I happened to read this article this very morning and I wondered-‘Wow, It really was the fastest race ever run.’ This is about the ongoing London Olympics 2012 and the August 5, 100 metre sprint where Usain Bolt emerged the winner by setting a new Olympic record of 9.63 seconds. 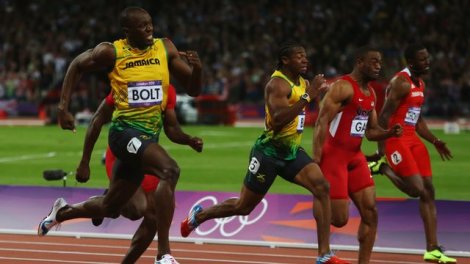 But that’s not the only thing we should be emphasizing on. We should look at the big picture and this article of the Economist tells us how all the athletes went out of their way to make this probably the fastest race ever run. All you sports fans must go through this. Its a good one 🙂

One response to “The Fastest Race Ever Run!”